The murals route in Estepona

Among many other things Estepona is also famous for its ‘Mural Route’ (La Ruta de Murales Artísticos). This incentive was implemented back in 2012 by the local mayor, Jose Maria Garcia Urbano and to this date there are over sixty murals on the streets of Estepona with new ones being added every year.

The goal was to liven up and improve some of the town's forgotten neighbourhoods and to make it a cultural destination for those interested in art. It was clearly a very successful initiative and became a reference point for both local and foreign visitors. Canada, Italy, Argentina, Uruguay and Mexico are just some of the countries where the muralists came from to paint on the buildings.
Seeing all the murals in one go can be a very lengthy walk. It might be best to stroll around town and try to pick out a couple of them. The best bet is to start the walk from Calle Tereza, a lot of them are gathered around this street. The council has made an online version of their printable map to help you locate all murals. We have picked our 5 favourite ones so you can see some examples of great work and get excited about going on a stroll to see more!

This is one of the oldest murals in town from 2013 painted by Ana Cecilia Salinas. It celebrates the natural surroundings of Estepona and it is named after the mountains that form part of the town. 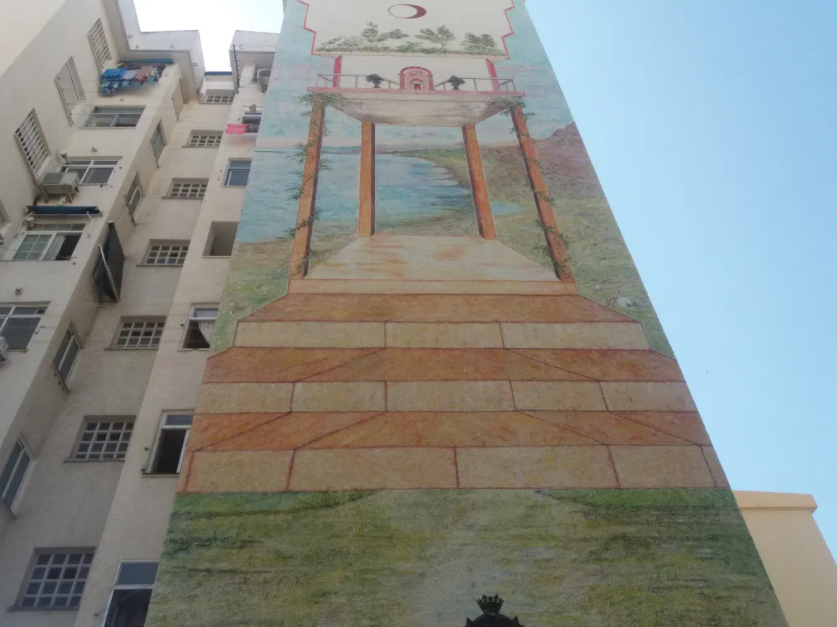 It was painted by Conchi Alvarez and it is meant to demonstrate the joy of living representing some of the real local residents on the mural. 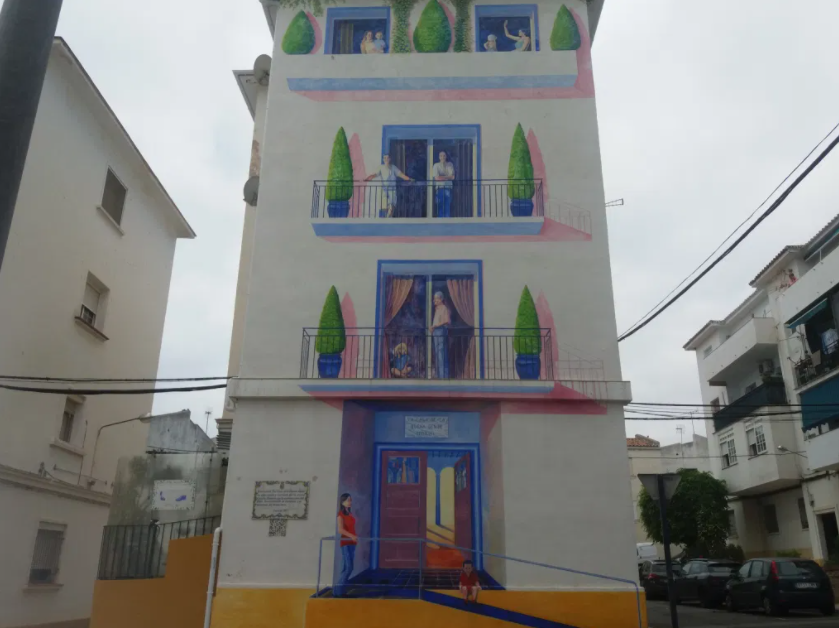 It is a mural by Fernandez Rios who also did other work in the Orchidarium of Estepona. It is the largest mural in all of Spain and it cost €11,000 to get it done. The effectiveness of this mural depends on the viewing angle. There is an arrow on the pavement guiding you to the most optimum viewing point. 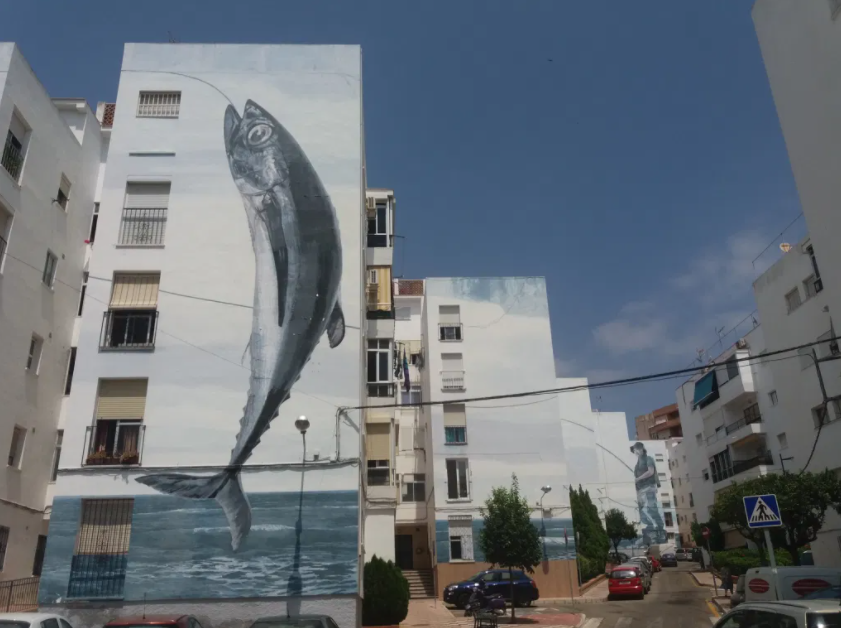 This mural is also by Jose Fernando Rios and it is one among the three murals he created in Estepona. As in his previous work this one is also an optical illusion as it looks like the girl is watering a real tree that appears right on the street in front of her. It symbolises his hope that the future generation will take care of nature. 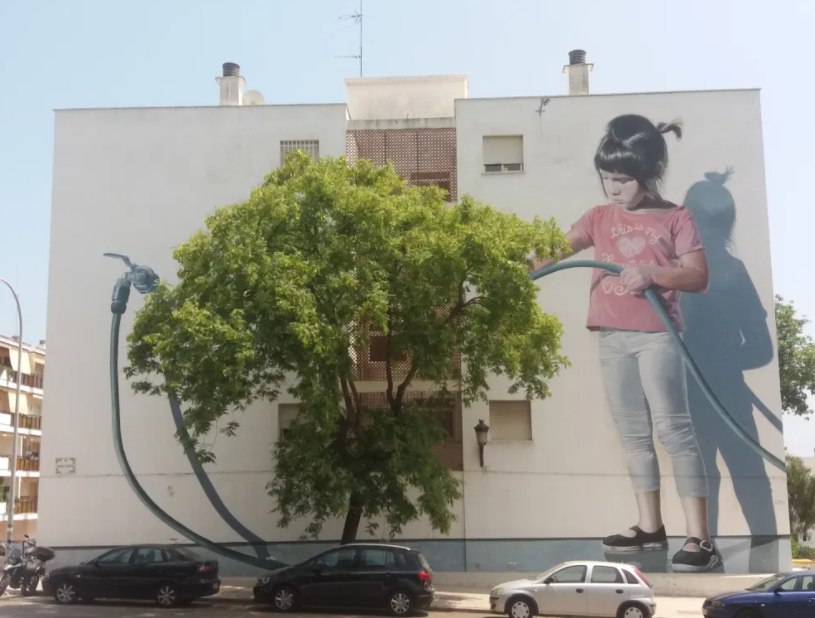 This is the winning entry from Russian artist Vyacheslav Gunin at the second edition of the International Competition of Artistic Murals. He took home the competition’s top prize of €10,000. The jury has taken into account the social component of this creation that represents in a mystical way the woman who dreams of nature. In the opinion of the members of the jury, this mural, which is located in the Isabel Simón neighborhood, captures very well the commitment that the city is making to the environment, which has turned it into the 'Garden of the Costa del Sol' . 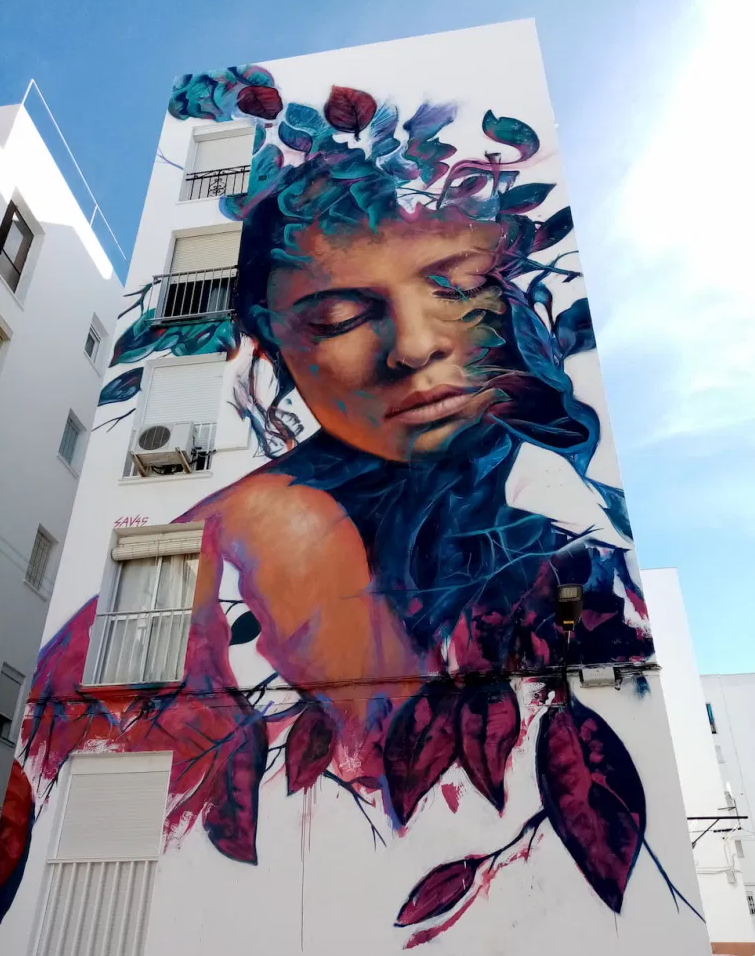